What is the Symbol for the Russian Ruble? 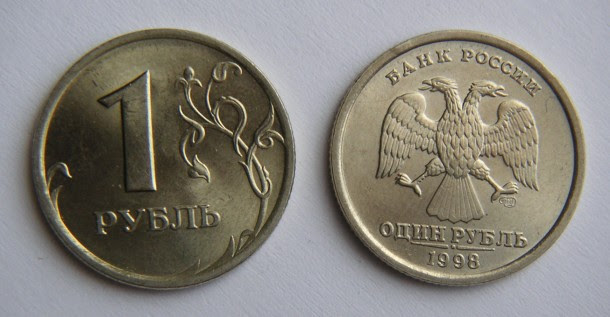 The short answer is there is no official symbol. During the imperial period until about the early reign of Nicholas I around the 1820s, a symbol with the Russian letters "er" (Р) and "u" ( У) was used, pictured at right. It has been replaced with a variety of symbols including R and руб. The Central Bank of Russia has been trying to decide since 2007 on a new design for the symbol and is considering both a P with two lines through it and the symbol below.

This post is adapted largely from Wikipedia. Thank you to Wikipedia, specifically the English-language article on the Russian Ruble for providing so much helpful information.
Posted by MLRscimitar at 7:05 AM